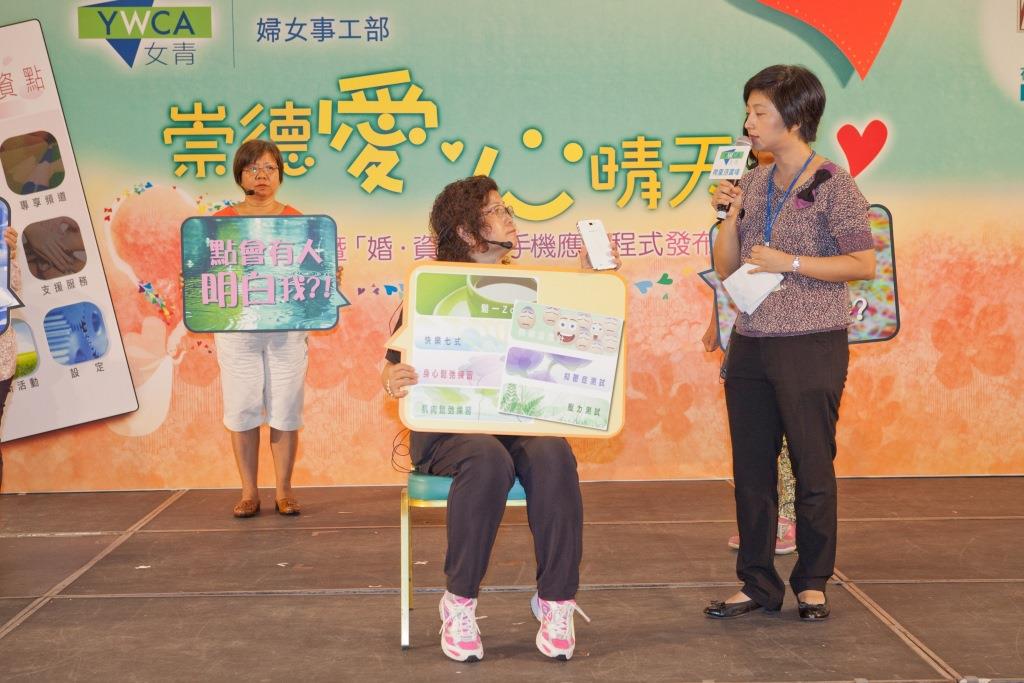 Community Project “崇德愛, 心晴天 社區計劃” — a YWCA project focusing on supporting women who had to face challenges in their marriages. It provided legal and emotional support in the form of an App, workshops, ambassador training, mother day celebration, and a day camp. Ten “Say No” ambassadors had been recruited to help promote and advocate Zonta’s “Zonta Say No to Violence against Women”. An activity 社區 ceremony was held to honour the ambassadors. Two of our Club’s “Zonta Say No to Violence” films were shown and interpreted by role play and dancing.