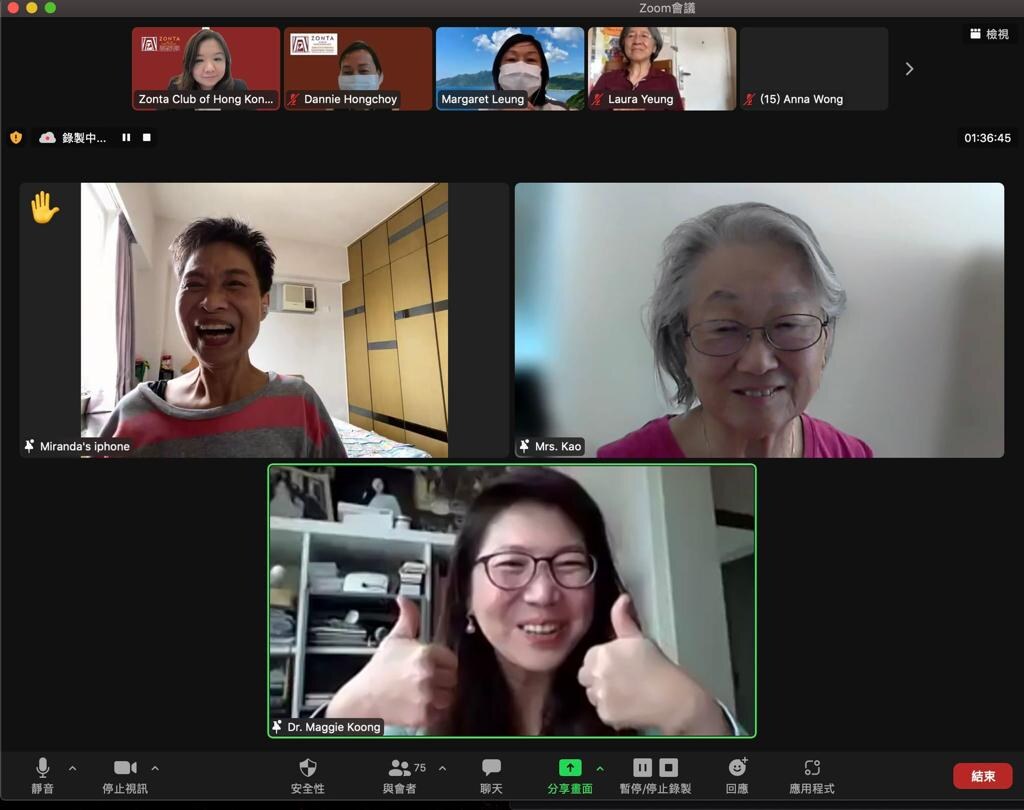 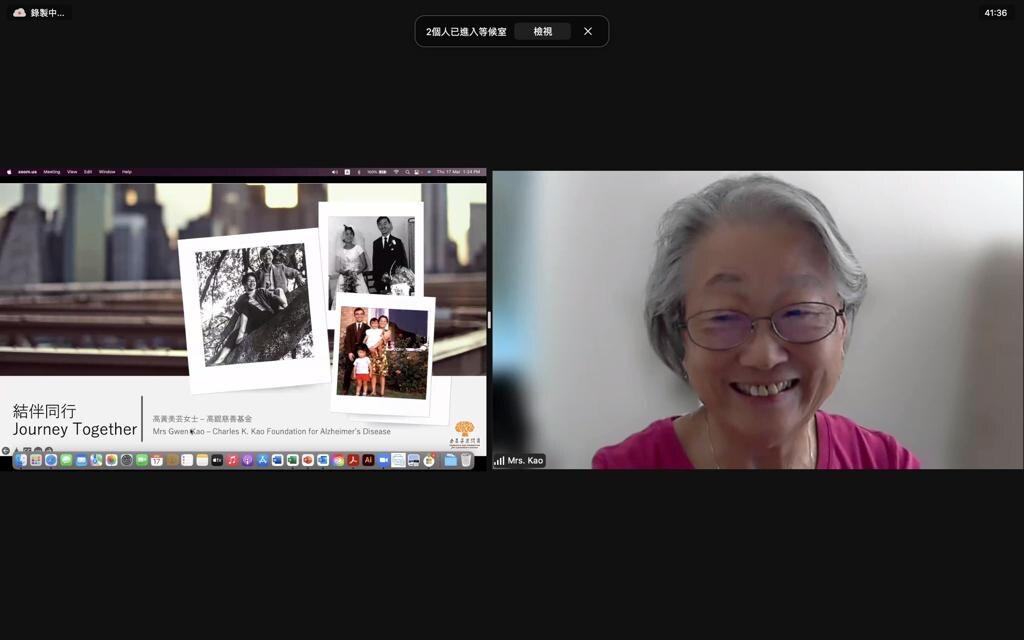 ZHKE was extremely honoured to have as guest speaker, Mrs Gwen Kao who shared her personal journey of taking care of Professor Kao after his diagnosis of Alzheimer’s disease. Over 100 participants of ZHKE zontians, friends & joint club members joined the virtual talk on March 17, 2022 and were deeply inspired by her resilience and wisdom in handling a patient with Alzheimer’s Disease as a carer.

As the co-founder of Charles K Kao’s Foundation for Alzheimer’s Disease, Mrs Kao has been a proactive advocate and relentlessly worked on raising the awareness of dementia and providing assistance to patients and families as carers.